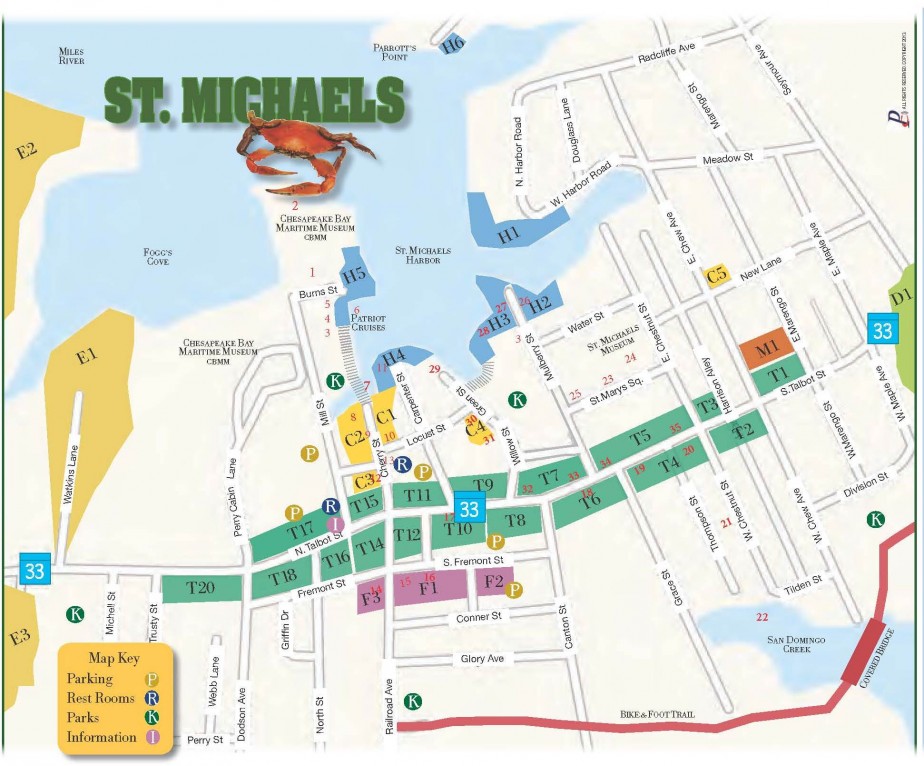 Below is a basic walking tour provided by Patriot Communications that you can do on your own if you do not have the time to take a docent led tour from the St Michaels Museum.

Buy ONLINE at least 65 minutes before cruise and save $2.00 off Ticket Booth pricing on every Adult and Senior Ticket (narrated cruises only). Online pricing reflects discounted fare.